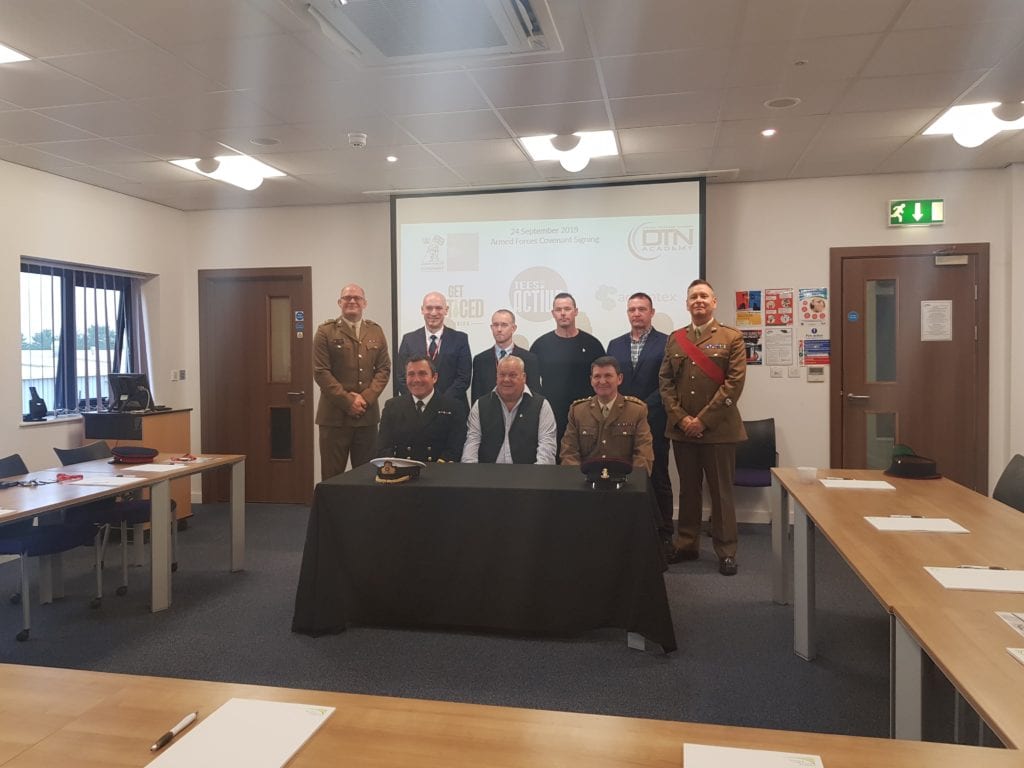 Tees Active believe that reservists and veterans bring a variety of transferable skills and qualities into the civilian workplace which they have developed through their military careers.

Alongside his role within Tees Active, Kevin Patterson is currently a Staff Sergeant in the Army Reserves and has over 35 years of combined service in the Armed Forces. During the ceremony Kevin said “Each year Tees Active provide me with 2 weeks paid leave of absence so that I can meet part of the minimum training requirement for a member of the Army Reserve and this is something I have always been fortunate to be granted. They recognise the skills I have due to my military career and really are a forces friendly employer who care”.

Speaking at the signing of the Armed Forces Covenant at DTN Academy, Roy Broadbent explained, “At Tees Active we recognise the importance of supporting those who have served their country and we are proud to have signed this Covenant as part of our continuing commitment to the Armed Forces and their families.”

The Armed Forces Covenant is the nation’s commitment those who proudly protect our nation. It is a pledge that companies sign to state that “together we acknowledge and understand that those who serve or who have served in the armed forces, and their families, should be treated with fairness and respect in the communities, economy and society they serve with their lives.”

Proud to work in partnership

Find out more about how Tees Active are working with partners to drive positive change in the community.